What is Epilepsy: Causes & Treatment Options For Epilepsy 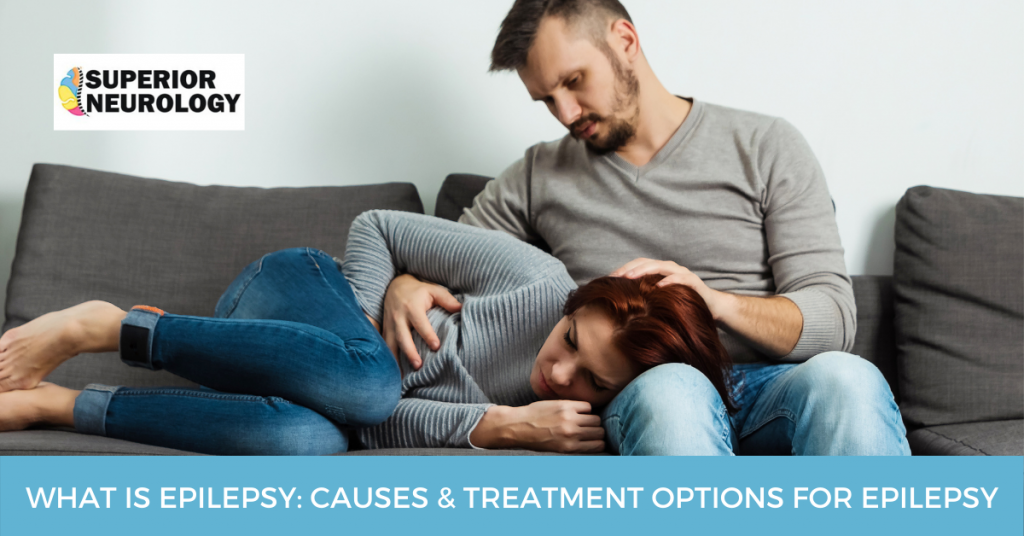 Epilepsy is defined as having two or more unprovoked seizures. It is one of the world’s oldest recognized conditions and affects around 50 million people worldwide. It is characterized by recurrent seizures that may involve a part of, or the entire body and are sometimes accompanied by loss of consciousness. Up to 70% of people living with epilepsy could live seizure-free if properly diagnosed and treated. A great proportion of the causes of injuries related to epilepsy, especially are potentially preventable, such as falls, drowning, burns, and effects of prolonged seizures.

Signs and symptoms of Epilepsy

The appearance and characteristics of seizures depend on where in the brain the abnormal electrical discharges first starts, and how far it spreads.  Symptoms can include loss of awareness or consciousness,  disturbances of movement, changes in  sensation including vision, hearing and taste, mood, or other cognitive functions. Additionally, patients with epilepsy tend to have more physical problems such as fractures and bruising from injuries related to seizures,  and potentially higher rates of anxiety and depression.

Although many underlying disease mechanisms can lead to epilepsy, the cause of the disease is still unknown in about 50% of cases. The causes of epilepsy are divided into the following categories: structural, genetic, infectious, metabolic, immune and unknown.

Common Causes of Epilepsy include:

Antiseizure medication can be stopped and tapered off if the patient has no seizures for 2 years, taking into consideration relevant clinical and social personal factors of each patient.

There are other types of treatments as well, where the doctor recommends certain therapies like a ketogenic diet or neuro-stimulation devices in cases of drug-resistant epilepsy. To learn more or consult with us, visit our SUPERIOR neurology clinic in Murphy, Tx today to get your Epilepsy treated.

Seizure precautions should be discussed with each patient and their families to avoid heights, swimming alone, being alone close to fire source, being alone with children, and to eliminate possible hazards at home, work, and in all other locations that may pose risk for injury. Additionally, the importance of taking anti-seizure medications on time should be emphasized with patients and their families. If you need further assistance make sure you get in touch with your trusted neurologist.